Another free map. This one is hand drawn, unlike the last one that was made in Dungeon Painter Studio. This map is unfortunately not optimized for directly importing into Roll20 and other virtual tabletops.

Deep in the mountains there is a temple that was constructed to a long forgotten but ancient deity named P'Shast. This deity craved blood sacrifices and in particular the blood of innocence. The clerics in service to this god would often kidnapped those they found to be innocent. According to their ritualistic beliefs, anyone sacrificed on the altar who was innocent and pure was seen as particularly pleasing to P'Shast. And if the sacrificial victim wept tears and pleaded for their life during the ritual, then it was all the better. The more tears and the more pleas the victim put forth, the more pleasing the offering was said to be to P'Shast.

Now men, women, and children are going missing. The missing are, by all accounts, seen as kind, compassionate, and... innocent. Is the cult back in operation after their cleansing many generations ago? 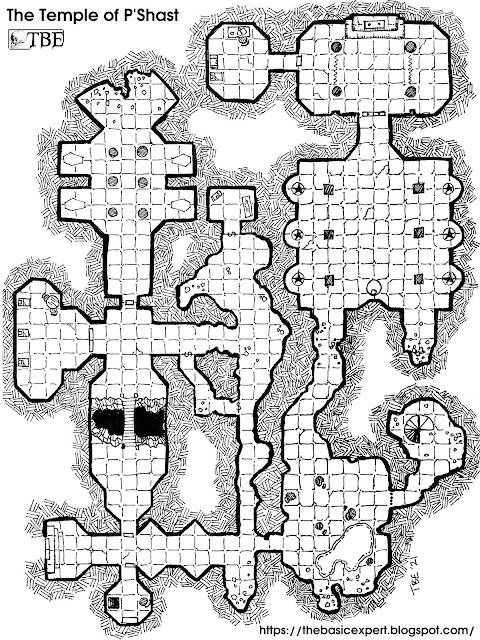